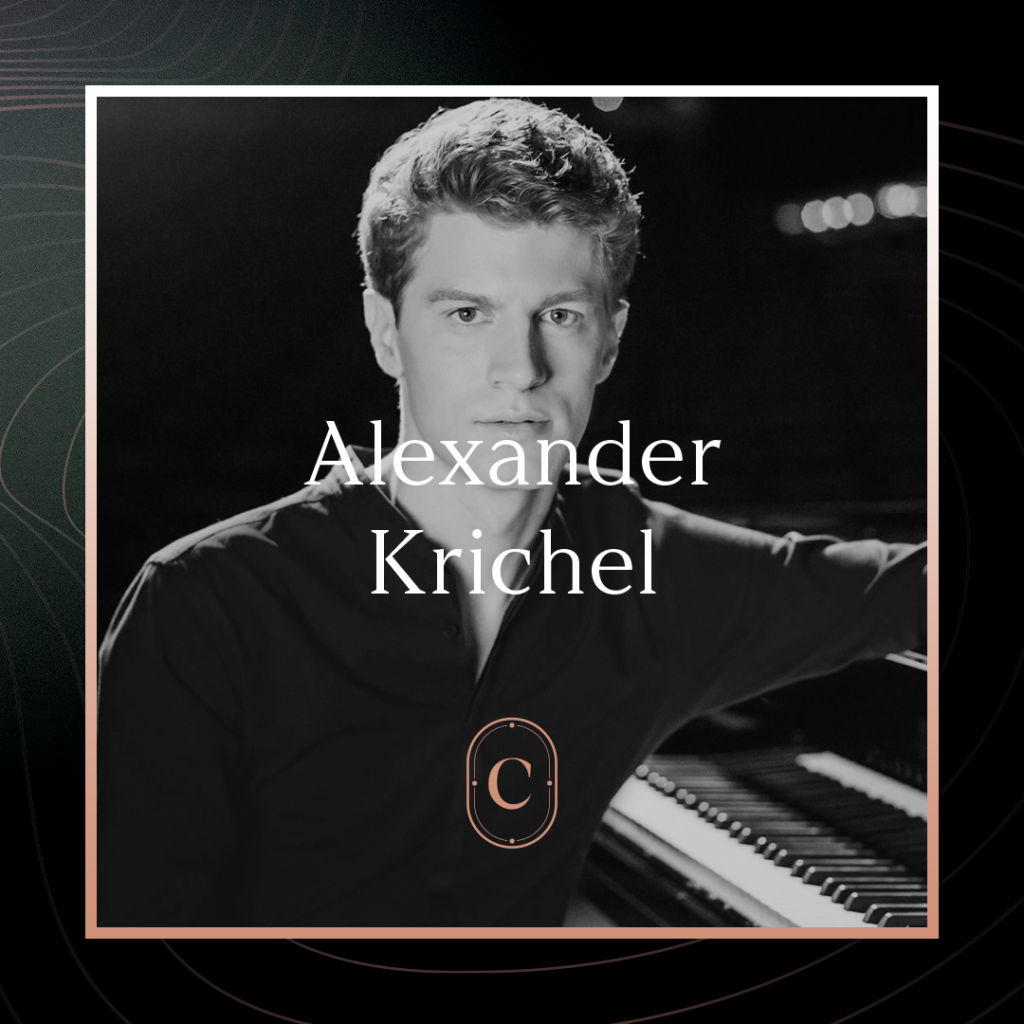 Pianist and ECHO Klassik prizewinner Alexander Krichel is known for his captivating interpretations of the most demanding works of piano literature.

Born in Hamburg in 1989, Alexander enjoyed his training with two of the greatest Russian pianists of the present day. In Hanover, he was the last student of Vladimir Krainev before graduating with the highest distinction from the Royal College of Music in London where he studied with Dmitri Alexeev.

Alexander Krichel calls both national and international stages home: he has given concerts at Berlin Philharmonie and Konzerthaus, Hamburg Elbphilharmonie and Laeiszhalle, Munich Herkulessaal and Prinzregententheater, Cologne Philharmonie, Tonhalle Zurich, St. Martin in the Fields in London, and at St. Petersburg Philharmonic. He has also been invited to perform in New York City, Cape Town, Tokyo, Kyoto, Caracas, Mexico City, Oslo, Warsaw, Bucharest, and many other cities.

Away from the piano, Alexander Krichel is passionate about mathematics, natural sciences, and foreign languages. He is involved in projects that give children and young people access to classical music and is involved in hospice charity work in Germany.