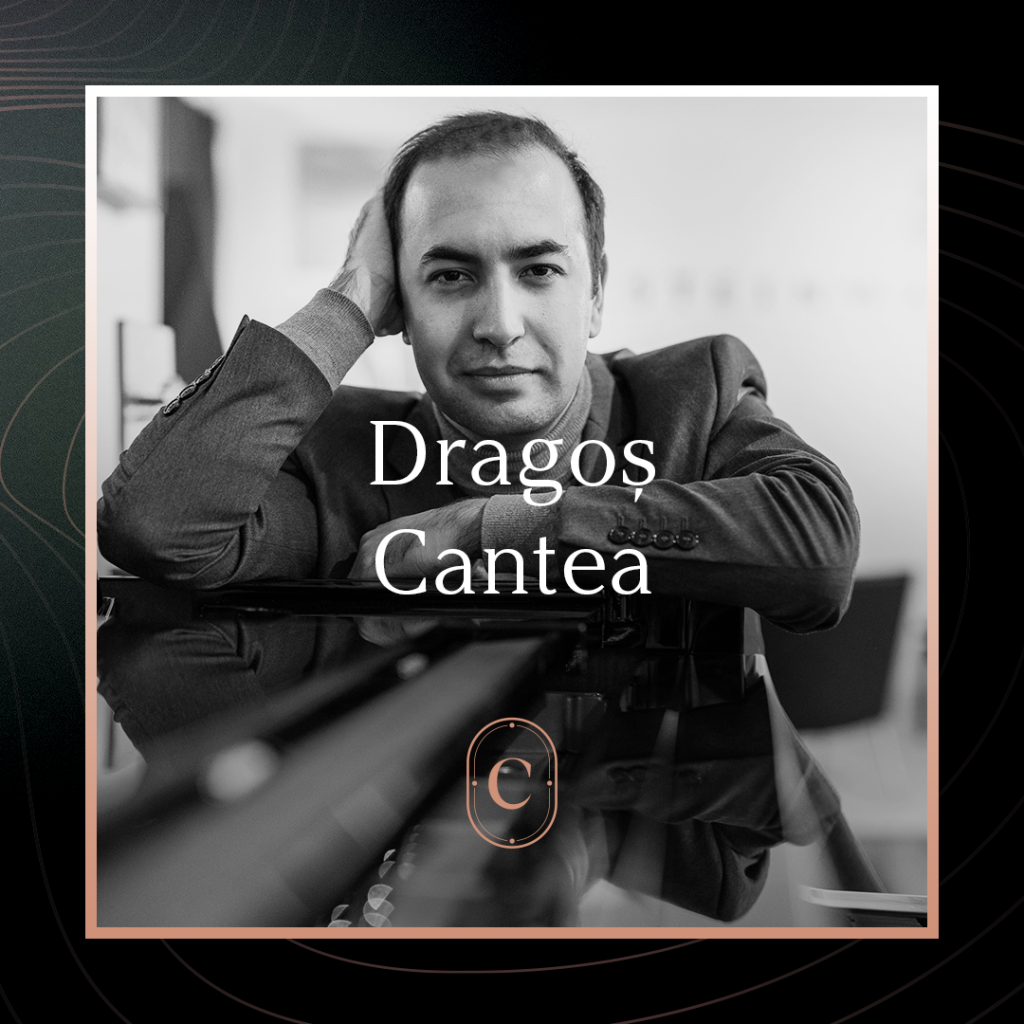 Born and raised in Iaşi (Romania), Dragoș Cantea spent the first eighteen years of his artistic education under the guidance of Ioana Stănescu – a partnership that led to international awards and performances with top philharmonic orchestras in Romania.

After his move to Norway in 2016, he started to perform as a concert soloist or in recitals in important venues such as the Romanian Athenaeum, Oslo Opera House, St. James’s Piccadilly & St. Martin-in-the-Fields in London, Thalia Hall or Oslo Konserthus. He was invited for chamber music appearances and solo recitals in Norway, Finland, United Kingdom, Romania, Austria, Switzerland and Italy. He collaborated with a big variety of conductors, such as Bogdan Chiroșcă, Radu Popa, David Marcian, Fergus MacAlpine, Ovidiu Bălan and shared the stage with world renowned musicians, such as Kathryn Stott or Cristian Mandeal.

The year 2018 marked his first experiences as an Artistic Director, managing the cultural celebration of Romania’s Centenary Year in Norway and gala performances under the care of the European Creative Futures programme.

In 2019 he has made his first release for Grappa / Simax and as of 2020, he holds a Doctor of Musical Arts title with highest distinctions, after a 3-year research on the piano oeuvre of Leoš Janáček, advised by VOCES String Quartet cellist, Dan Prelipcean.

Dragoș is an alumnus of the Norwegian Academy of Music in Oslo, at the classes of Kathryn Stott and Håvard Gimse, while constantly performing all over Europe, both as a soloist and chamber musician.

As of 2020, Dragoș Cantea is the Co-Founder and Artistic Director of Classix Festival and is currently based in Oslo.

Upcoming engagements include international concert appearances with Rachmaninov, Ravel, Beethoven, recordings of Janacek, lectures and teaching visits in Finland and invitation as a jury member to 2021 Quatre Music Piano Competition in Singapore.